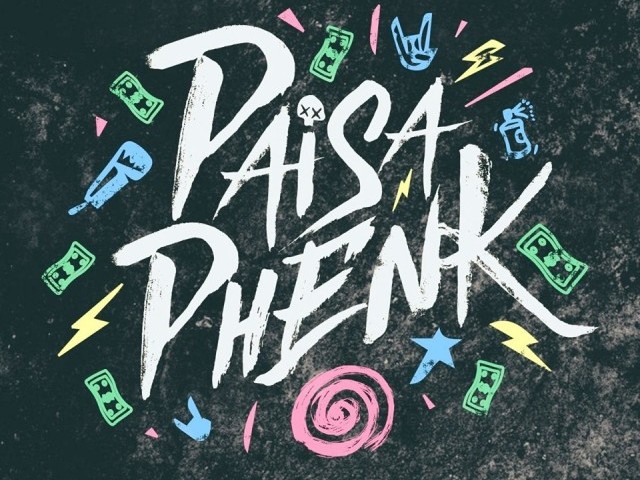 Tamaasha, the band, started its musical career from Pepsi Battle of the Bands (BoB) season three. The group sang Aaroh’s Raag Neela in front of its lead vocalist, Farooq Ahmed and there has been no stopping these boys since.

They stunned the judges with their performances and earned well-deserved standing ovations in different episodes throughout the season.

However, much to their dismay, they did not get to take the winner trophy home. While this was particularly due to the lack of votes, Tamaasha’s musical trajectory has been on a high of late. Known for the fiery attitude of its members, Tamaasha recently released a teaser of its new song Paisa Phenk.

The song sheds light on one of the many problems that artists face in the Pakistani industry – payments. The complete article can be accessed here.

With a penchant for showmanship and an appetite for energy, Tamaasha promises what their name means; a show. Hailing from Karachi, Pakistan, Tamaasha exercises diversity from beefy riffage and dynamic vocals, to groovy funk and crooning blues!
The band first formed in early 2013 when Bilal (vocals) and Anas (lead guitars) met in university and decided to play together. Ali (bass) and Hyder (drums) joined forces, and the four paraded the underground rock scene in Karachi as ‘The Psychonauts’! After 4 years of playing, Zahid (guitars/keys/vocals) joined the band, leading to a rechristening to the name ‘Tamaasha’. The band debuted for mainstream television by signing up for the acclaimed Pepsi Battle of the Bands’ Season 3; a competition whose alumni included Entity Paradigm, Aaroh, Mekaal Hasan Band, Kashmir, and Badnaam.